The Wonders of Sea Moss

The Wonders of Sea Moss 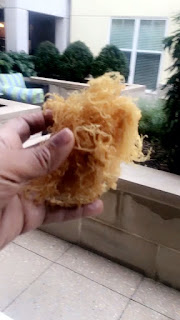 Packed with nutrients and antioxidants, sea moss is slowly becoming more and more popular among people looking to improve their health and well-being. This plant is incredibly rich in proteins and minerals. Not to forget that it has multiple uses – you may add sea moss to your meals or include it in your beauty routine. Whatever option you choose, your body will benefit from it.

Sea moss is a term used for several species of seaweed that can be found in the Atlantic Ocean, Pacific Ocean, Caribbean Sea, and the Java Sea. Some varieties of sea moss prefer colder conditions, while others thrive in waters with a strong current. If this is the first time you are hearing about this superfood and wish to discover more about its properties, keep reading this text because we will cover all the basics you need to know about sea moss.

While sea moss has been around for a very long time, it became popular during the Irish Potato Famine. The Irish people struggled a lot during the 1840s, and food was sparse. However, those who lived near the ocean found a new way to feed their families – Irish Carraigín or the Irish Sea Moss. The abundance of sea moss after tides made this plant available to everyone. People dried the sea moss in the sun and created all sorts of delicious meals from it. 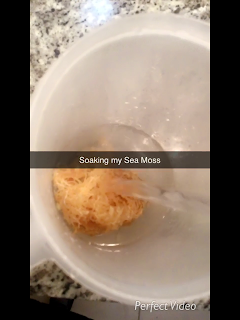 The Irish are not the only ones who used sea moss for cooking. If we take a closer look at some Asian cuisines, namely the Vietnamese and Japanese, we will notice that many dishes are based on sea moss. This plant is also added to desserts and cakes. Sea moss is an important part of Chinese medicine, and it has been used for more than 2,000 years to treat conditions like goiter and scrofula.

Sea moss can be added to almost any dish and boost its nutritional values. We already mentioned that this vegetable is filled with minerals and proteins we need in our everyday diets. It is a staple in Asian cuisine, and you have probably tried at least a couple of dishes that contain sea moss. Researches have shown that sea moss contains 90 different minerals we need to keep our bodies in peak condition.

The plant is rich in iodine that is essential for your metabolism and immune system. Iodine can also help with thyroid conditions. Sea moss is a good source of collagen that keeps our bones and connective tissues healthy. Vegans will be thrilled to discover that sea moss is a substitute for gelatin and can be used as a binding agent. So if you are struggling to find a plant-based replacement for eggs, sea moss could be the answer. 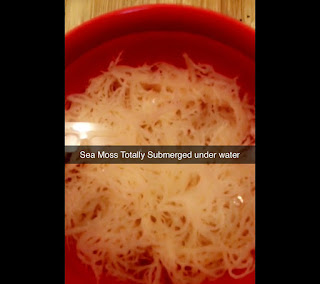 Sea Moss as a Part of Your Beauty Routine

The collagen found in sea moss can do wonders for your skin. As humans age, we lose the collagen from our bodies. This leads to poor bone and joint health, as well as the appearance of fine lines and wrinkles. The best way to slow the aging process is to find a good source of collagen and stick to it. The beauty industry did recognize the importance of collagen and they add it to various skin creams as well as anti-aging treatments. However, the majority of collagen used by the beauty industry comes from animals. If you are looking for plant-based collagen, sea moss should be one of your options.

Collagen can make your skin more vibrant, glowy, and fresh. It is very important to both ingest sea moss and use it topically. Sea moss is used to treat other skin conditions too. These include severe acne, rashes, and eczema. This marine plant can reduce redness because it has antiseptic and anti-inflammatory properties. It is important to mention that sea moss should be applied directly to the affected area without any processing. 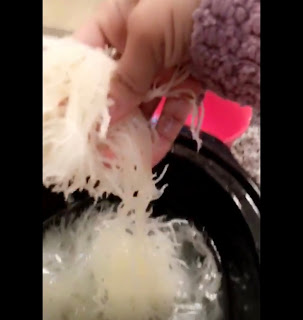 Sea moss has been used in traditional medicine for thousands of years. The high levels of iodine can do wonders for people with thyroid problems or hormonal imbalance. Iodine is essential for a healthy thyroid and keeping your hormone levels in balance. Additionally, sea moss contains iron, which is very important for the production of blood cells. It can also treat mild cases of anemia and blood clotting.

Even though this requires more research, some people have reported that sea moss helped them with mood stabilization and general wellbeing. This is probably linked to all the nutritional benefits related to sea moss. The regular consumption of this plant introduces healthy bacteria into our guts and provides us with a daily dose of minerals. This combination can have an impact on someone’s mood, making them feel better and happier.

Sea moss is slowly becoming more and more popular in the western world. However, this marine plant has been used in Asian countries for centuries. Sea moss comes in different forms, but it is recommended that you purchase it from a certified company that guarantees the quality of its product. Considering its nutritional values and antioxidant properties, it is clear that sea moss is the next big superfood. Once you get your hands on sea moss, don’t be afraid to experiment and add it to different meals. You will be pleasantly surprised with the results!

The Benefits Of Watermelon Seed Oil